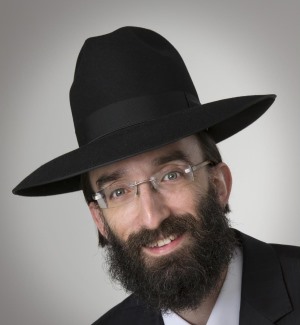 Rav Kallus’s shiurim have transformed the way people of all backgrounds learn halacha by combining practical halacha with stories and humour. His range of topics includes not only most areas of halacha, but also mussar and hashkafa. He as well finds time to help bachurim with advice and shidduch guidance as well as assisting young married men with shalom bayis issues and daily guidance.

Rav Shragi Kallus is perhaps best known for his contemporary Halacha Shiurim, especially in London during the summer Yarchei Kallah, which have been attended by thousands of people over the last eight years.

Born in Brooklyn/ Flatbush, New York, Rav Kallus learned in Yeshivas Heichal HaTorah Pressburg (R' Zvi Kushelevski's) for 6 years. Following his marriage, Rabbi Kallus learned in the Mir Kollel for 4 years, during which time he was asked to begin giving shiurim. He had shimush with Harav Elyashiv, shlita, he had a kvious every week with Harav Moshe Sternbuch shlita, to talk in learning, ask shailos ,and was in frequent contact with gedolim such as Rav Chaim Pinchos Sheinberg, ztzl, and many other chashuve rabbanim.

Rav Kallus began to give a daily halacha shiur in Yeshiva Torah Ore, which is attended by the bochurim of the yeshiva and local residents of the Mattersdorf community. Apart from his teaching role, Rav Kallus has advised many bachurim and avreichim.He currently gives daily shiurim in other yeshivas such as Yeshivat Keser Hatalmud, Aderes HaTorah, and Lev Aharon. In addition he gives shiurim in seminaries such as Binas Beis Yaakov and Chedvas Bais Yaacov. Additionally he is the Rosh Kollel of Kollel Hora’ah L’rabanim, and the 2nd Seder Kollel, both Kollelim learning Halacha In Depth.

As Rabbi Kallus's renown has grown, he has been invited to speak in Jewish centers world wide, including New York and South Africa.

Rav Kallus is a well respected posek halacha and is regularly called upon to answer sha'alos till the early hours of the morning. He imbues a love of Torah and mitzvos into his talmidim, also emphasising chinuch b'simcha.